What does an Image Captioning Problem entail?

Suppose you see this picture – What is the first thing that comes to you mind? (PS: Let me know in the comments below!).

Here are a few sentences that people could come up with :

A man and a girl sit on the ground and eat .

A man and a little girl are sitting on a sidewalk near a blue bag eating .

A man wearing a black shirt and a little girl wearing an orange dress share a treat .

A quick glance is sufficient for you to understand and describe what is happening in the picture. Automatically generating this textual description from an artificial system is the task of image captioning.

The task is straightforward – the generated output is expected to describe in a single sentence what is shown in the image – the objects present, their properties, the actions being performed and the interaction between the objects, etc. But to replicate this behaviour in an artificial system is a huge task, as with any other image processing problem and hence the use of complex and advanced techniques such as Deep Learning to solve the task.

Before I go on, I want to give special thanks to Andrej Kartpathy et. al, who helped me understand the topic with his insightful course – CS231n.

Methodology to Solve the Task Usually, a pretrained CNN extracts the features from our input image. The feature vector is linearly transformed to have the same dimension as the input dimension of the RNN/LSTM network. This network is trained as a language model on our feature vector.

This is done so that our model understands the start and end of our labelled sequence. Let’s look at a simple implementation of image captioning in Pytorch. We will take an image as input, and predict its description using a Deep Learning model.

The code for this example can be found on GitHub. The original author of this code is Yunjey Choi. Hats off to his excellent examples in Pytorch!

In this walkthrough, a pre-trained resnet-152 model is used as an encoder, and the decoder is an LSTM network.

To run the code given in this example, you have to install the pre-requisites. Make sure you have a working python environment, preferably with anaconda installed. Then run the following commands to install the rest of the required libraries.

Now you can go on and start your model building process. First – you have to process the input:

Now you can start training your model by running the below command:

Just to peek under the hood and check out how we defined our model, you can refer to the code written in the model.py file.

Now we can test our model using:

For our example image, our model gives us this output: <start> a group of giraffes standing in a grassy area . <end>

And that’s how you build a Deep Learning model for image captioning!

The model which we saw above was just the tip of the iceberg. There has been a lot of research done on this topic. Currently, the state-of-the-art model in image captioning is Microsoft’s CaptionBot. You can look at a demo of the system on their official website (link : www.captionbot.ai).

I will list down a few ideas which you can use to build a better image captioning model.

Ever you apply to an organisation with cv through mail but it might happen that specific organisation don't know that actually candidate need like job preference or type of job, so it get easier when we use this app called resume up-loader.

It is my first self project using Django (python

where you put every detail about yourself ,job location photos,signature,CV,after submitting the information load on the server and next page you can look all your information and download the Resume also ,i am continuously working on it and upgrading that it list all the company on that preference job location for your current qualification and skill it help the candidate to know in which company is he/she is suitable for and it also company to know their candidate batter

Under a projects section

Django is a high-level Python Web framework that encourages rapid development and clean, pragmatic design. Built by experienced developers, it takes care of much of the hassle of Web development, so you can focus on writing your app without needing to reinvent the wheel. It’s free and open source.

This project was a minor project done by me in my B.Tech 3rd year which was submitted to my department in the same year only. The project was completely done using VB.Net as it's front end and MYSQl as its database for the purpose of data storing and management.

This was a small project which was solely prepared to focus on issues regarding performing basic operations swiftly on data of the staff and the students present in the university such as CRUD(create, retrieve, update, delete) operations on data which could be managed easily and was fast in terms of retrieval and provided to cause less hassle. The languages used in the project were as follows :

The database prepared for the project was totally normalized up to 3-NF so that the data stored in the database could be optimized and stored in a effective manner. There are nearly 4-NF to create a relational schema for data storing in which 1-NF being the least optimized to 4-NF be the max. Here I tend to chose the 3-NF as because it could provide me with the max optimization and no data loss. The 4-NF instead optimizes the data base better than the 3-NF but could also provide with lossy data. Hence the optimal choice here was to go with the 3-NF and I chose the same option as I didn't wanted to lose any data in the process .

Anyways after designing the database I went forward with the designing of frontend and did it with the help of .Net in the process . Here I tend to keep the user interface as simple as possible so that a simple person could also use it regardless of the knowledge of computer systems . So I chose a very simple user interface which only focuses on the work in hand and doesn't carry any unnecessary details like designing ,coloring etc etc.

So after completing both these operations I then tried to link my data base with the program so that my front end could access the database running in the background and store and retrieve the data easily and in a efficient way. After linking those two my project was almost complete and was ready to be deployed.

So in short the in my total project I :- Successfully managed to create a centralized management system for the students and the staff of the university which helped to manage and store data more efficiently as compared to the previous model.

P.S : I don't currently have the project link to 2 of my projects. Sorry for that

This case requires trainees to develop a model for predicting customer churn at a fictitious wireless telecom company and use insights from the model to develop an incentive plan for enticing would-be churners to remain with company. Data for the case are available in csv format. The data are a scaled down version of the full database generously donated by an anonymous wireless telephone company. There are still 7043 customers in the database, and 20 potential predictors. Candidates can use whatever method they wish to develop their machine learning model. The data are available in one data file with 7043 rows that combines the calibration and validation customers. “calibration” database consisting of 4000 customers and a “validation” database consisting of 3043 customers. Each database contained (1) a “churn” variable signifying whether the customer had left the company two months after observation, and (2) a set of 20 potential predictor variables that could be used in a predictive churn model. Following usual model development procedures, the model would be estimated on the calibration data and tested on the validation data. This case requires both statistical analysis and creativity/judgment. I recommend you pend much time on both fine-tuning and interpreting results of your machine learning model.

Develop tools that would increase Productivity for students and teachers. In the past 10-15 years we have seen the transition of things around us from offline to online, whether it's business, entertainment activities, daily needs, and now even education. Productivity tools have been a success with businesses and firms. Develop productivity tools for students and teachers in any domain of your choice that can achieve the same success in the educational field in the future.

In this post - covid era, the education sector has erupted, with a plethora of new opportunities. Scholastic provides a complete and comprehensive education portal for students as well as staff.

These object detection algorithms might be pre-trained or can be trained from scratch. In most use cases, we use pre-trained weights from pre-trained models and then fine-tune them as per our requirements and different use cases.

Generally, the object detection task is carried out in three steps: 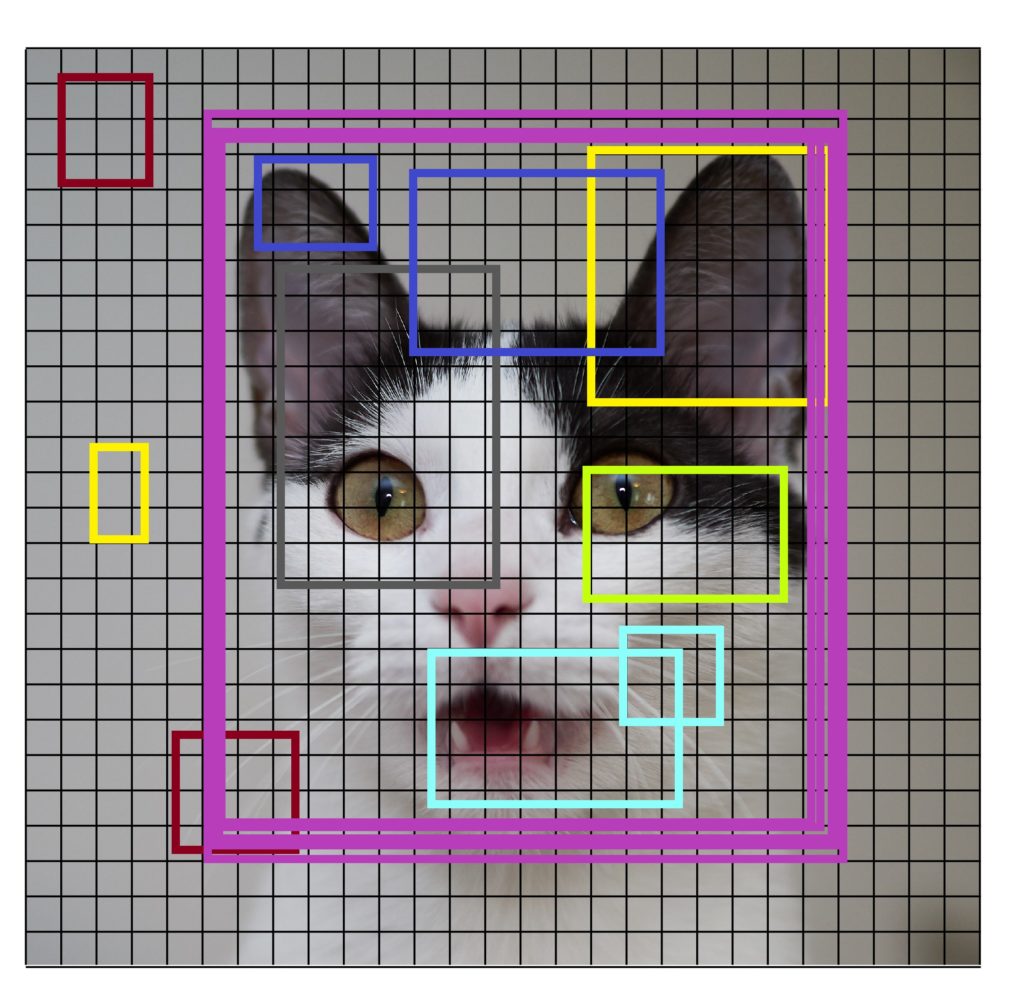 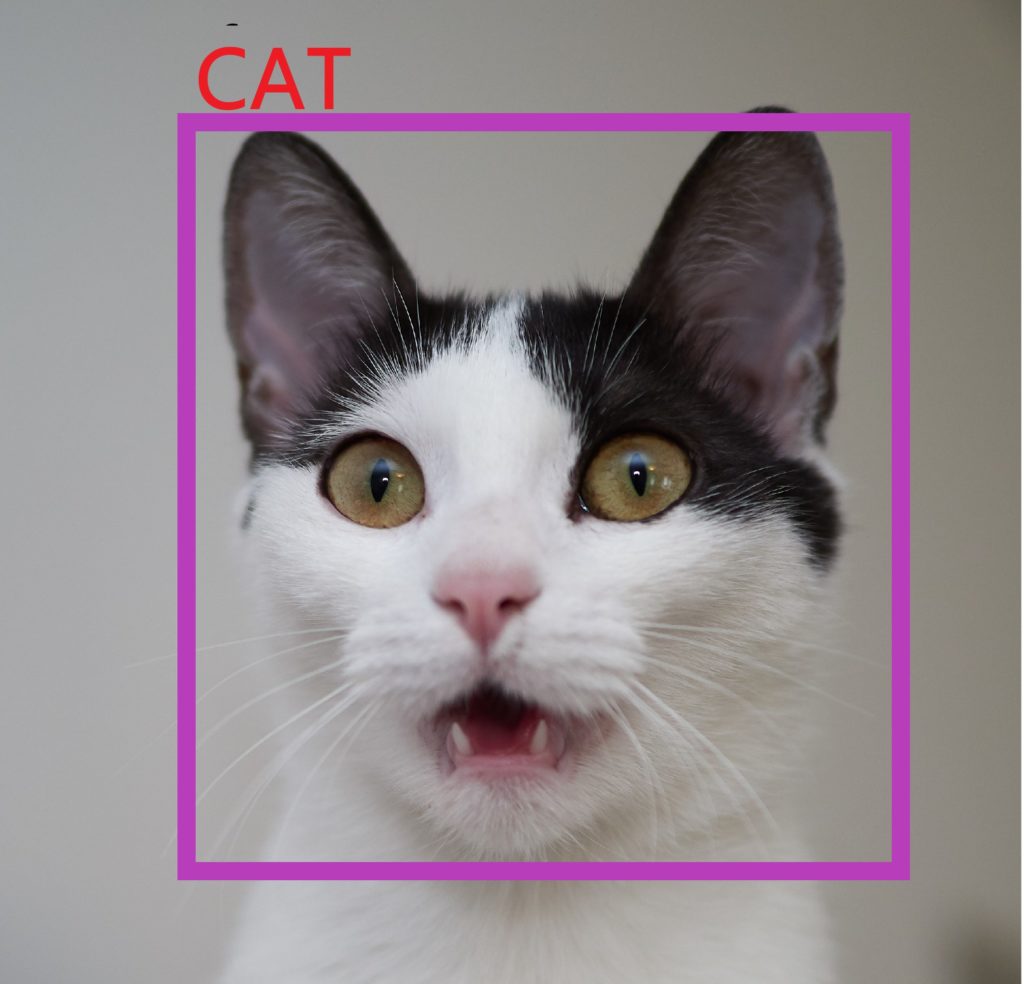 The TensorFlow Object Detection API is an open-source framework built on top of TensorFlow that makes it easy to construct, train and deploy object detection models.

As you may see below there are various models available so what is different in these models. These various models have different architecture and thus provide different accuracies but there is a trade-off between speed of execution and the accuracy in placing bounding boxes.

Tensorflow bundles together Machine Learning and Deep Learning models and algorithms. It uses Python as a convenient front-end and runs it efficiently in optimized C++.

Tensorflow allows developers to create a graph of computations to perform. Each node in the graph represents a mathematical operation and each connection represents data. Hence, instead of dealing with low-details like figuring out proper ways to hitch the output of one function to the input of another, the developer can focus on the overall logic of the application.

The deep learning artificial intelligence research team at Google, Google Brain, in the year 2015 developed TensorFlow for Google’s internal use. This Open-Source Software library is used by the research team to perform several important tasks.

Here mAP (mean average precision) is the product of precision and recall on detecting bounding boxes. It’s a good combined measure for how sensitive the network is to objects of interest and how well it avoids false alarms. The higher the mAP score, the more accurate the network is but that comes at the cost of execution speed which we want to avoid here.

As my PC is a low-end machine with not much processing power, I am using the model ssd_mobilenet_v1_coco which is trained on COCO dataset. This model has decent mAP score and less execution time. Also, the COCO is a dataset of 300k images of 90 most commonly found objects so the model can recognise 90 objects.